Be an Angel > About

Doing what we do best.

It started out small: with the accommodation of refugees as guests in the apartments of the Be an Angel team. At some point, we realized that over 1,600 people had stayed with us, sometimes long term, sometimes for shorter periods. Everyone was spared homelessness.

Registered as a humanitarian aid organization in Germany with an office in Berlin.

Registered as a humanitarian aid organization in Moldova with an office in Chișinău.

Registered as a nonprofit, Friends of Be an Angel, in the USA with an office in Milwaukee, Wisconsin.

Our strength lies in teamwork, passion for humanity, and networking. Specifically,

in bringing together different groups of people together: private individuals, initiatives, companies, and media.

We initiate cooperation on concrete topics and projects, and

Why does it work? Because we ourselves lend a hand.

At Be an Angel we have been lending a hand ourselves since 2015 to help refugees in  pragmatic ways. We know what it is like out there, we know where the problems are, and what kind of support really makes a difference. We know it from experience, not from the hearsay. Currently, we are on the ground in Ukraine.

Our track record so far:

So far, we have accompanied more than 4,500 people through the “bureaucratic jungle,” from registration and the asylum procedure to job placement.

We have supported over 800 people in urgent applications to the social court so that they receive the benefits to which they are entitled.

We have accompanied around 460 refugees to hearings at the Federal Office for Migration.

Nationwide, we organized over 350 apartments or rooms.

We were the official charity partner of the Staatsoper unter den Linden in 2015/16/17.

With an aid convoy for Belgrade in 2017, we brought food and clothing to Belgrade, where up to 1,500 people were waiting miserably without support.

Our largest chunks of work at the moment:

Education – whether they stay or go back to their home country, good education is the most lasting investment of a lifetime.

Housing placement – people in their own apartments feel safe and at home.

In cooperation with the Youth Welfare Office Berlin/Mitte and Leuchtturm e.V., we  place unaccompanied refugee minors in foster families.

In Belgrade we initiated a shelter for unaccompanied minors.

We would be delighted if you would also like to contribute something. You can contribute by getting involved; or with good ideas that serve as best practices for others; or as a company that wants to provide assistance; or as a media representative who makes sure that the story gets told.

Andreas Tölke
Board of Directors Be an Angel e.V.

Ulrike Lessig
Board of Directors Be an Angel e.V. 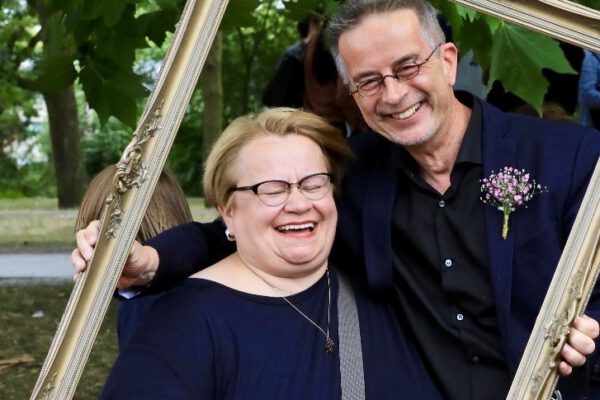